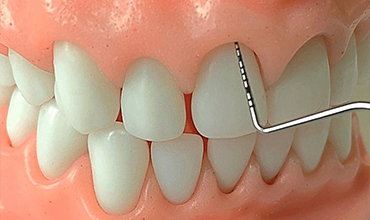 Gum therapy or Scaling and root planing (SRP) are the same thing. In SRP, calculus is removed from the roots of the teeth, which are below the gums. The accumulation of calculus on the roots results in periodontal disease, and as it progresses, the pockets between the teeth and gums increases in size. The infection on the gums rises as time passes, which causes redness/swellings in the gums and, in many instances, bleeding. In the later stages, bone loss can occur, and eventually, teeth may fall off.

Gum therapy helps in removing the calculus from the roots, allowing gums to get healthy, free of infection, and getting back to normal position and, in turn, reducing the size of gum pockets.